There are a lot of joys in the process of writing and making music, but not much compares to laying it all down in the cozy warmth of a great recording studio.  Here is a discography of Geoff's work, with and without DTR. 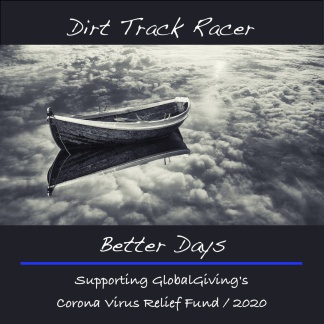 Dirt Track Racer's New Single is "Better Days," set for release on April 20, 2020.  From April through September of 2020, Dirt Track Racer will donate 100% of the Digital Download Revenue from "Better Days" to the Global Giving Corona Virus Relief Fund.  Global Giving is a top rated, international charity, putting over 90% of donations directly to work, in countries around the world.  So, please, join us in helping to make a difference, and download your own copy of “Better Days” from your favorite digital download source.  We are all in this together, and together, we will see this through. 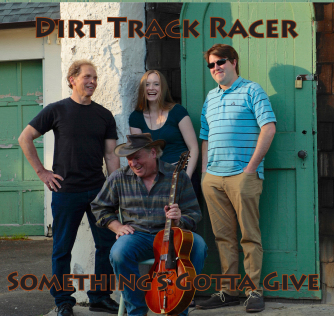 Dirt Track Racer's new album, "Something's Gotta Give," is set for release on December 2, 2019.  A thirteen song set, it features nine originals and four covers of folk and blues classics.  The track list is as follows:

4. Things I Should Have Said

5. The Name She Gave

8. What The Heart Wants

9. All In Green Went My Love Riding 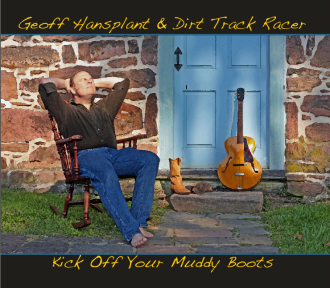 Our debut album as an Americana / Roots Rock band, "Kick Off Your Muddy Boots" received wide spread radio play in the US and Europe.  It peaked in the US at #4 on the Roots Music Report charts and was named album of the month on RadioWarrington in the UK, and album of the week on RootsRevival in Belgium.  In March 2015, it was named Album of the Month by the Akademia Awards out of Hollywood.  The track list is as follows:

1. Kick Off Your Muddy Boots

8. Rain In My Coffee

11. Fool Enough To Fall In Love 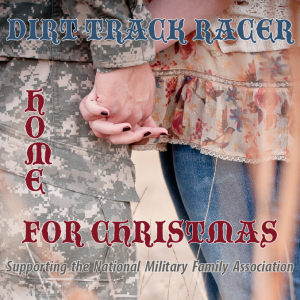 Released as an advance single for the "Kick Off Your Muddy Boots" album, "Home For Christmas" has a great bossa groove a la Stan Getz and was released digitally before being included as  a bonus track on "Kick Off Your Muddy Boots."  We have dedicated all proceeds from the sale of the digital single to the National Military Family Association, an A+ rated charitable organization supporting our military veterans and their families.

Released in March, 2012, "Swimming To The Sun" is a live set recorded at the historic Mermaid Inn, in Philadelphia, Pennsylvania.  As I understand it, The Mermaid is the oldest continuously operating Tavern in the US (let the debate begin!).  Just Geoff and his trusty Gibson J100 on this outing.  The songs on the album are a mix of tunes from "Pilgrim's Progress," the then nascent "Kick Off Your Muddy Boots," and some selected covers.  In between chatter, they are:

4. Swimming To The Sun

12. Fool Enough To Fall In Love 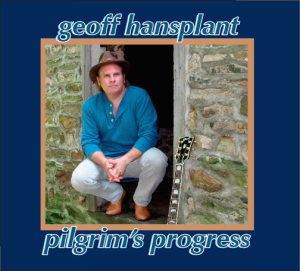 Released originally in 2009, "Pilgrim's Progress" was remixed and remastered in 2011 after new vocal sessions and set adrift on an unsuspecting world.  Knowing zip about the process of working a CD to radio, it did not go far in the States, but did get picked up and played across Europe and parts of the Middle East.  It was named Album of the Month on Llew Garner's Blues Show on RadioWarrington in the UK, and on the strength of that accolade, the die for me was cast.  The album consists entirely of original songs, many written in the flashy Piedmont Blues style of Blind Blake and Rev. Gary Davis.  This marks the first time Paul and Geoff worked together, and surprisingly, Paul did not lose his entire mind.  The track listing is:

5. Staring At The Stars

6. Swimming To The Sun

9. Someone I Used To Know